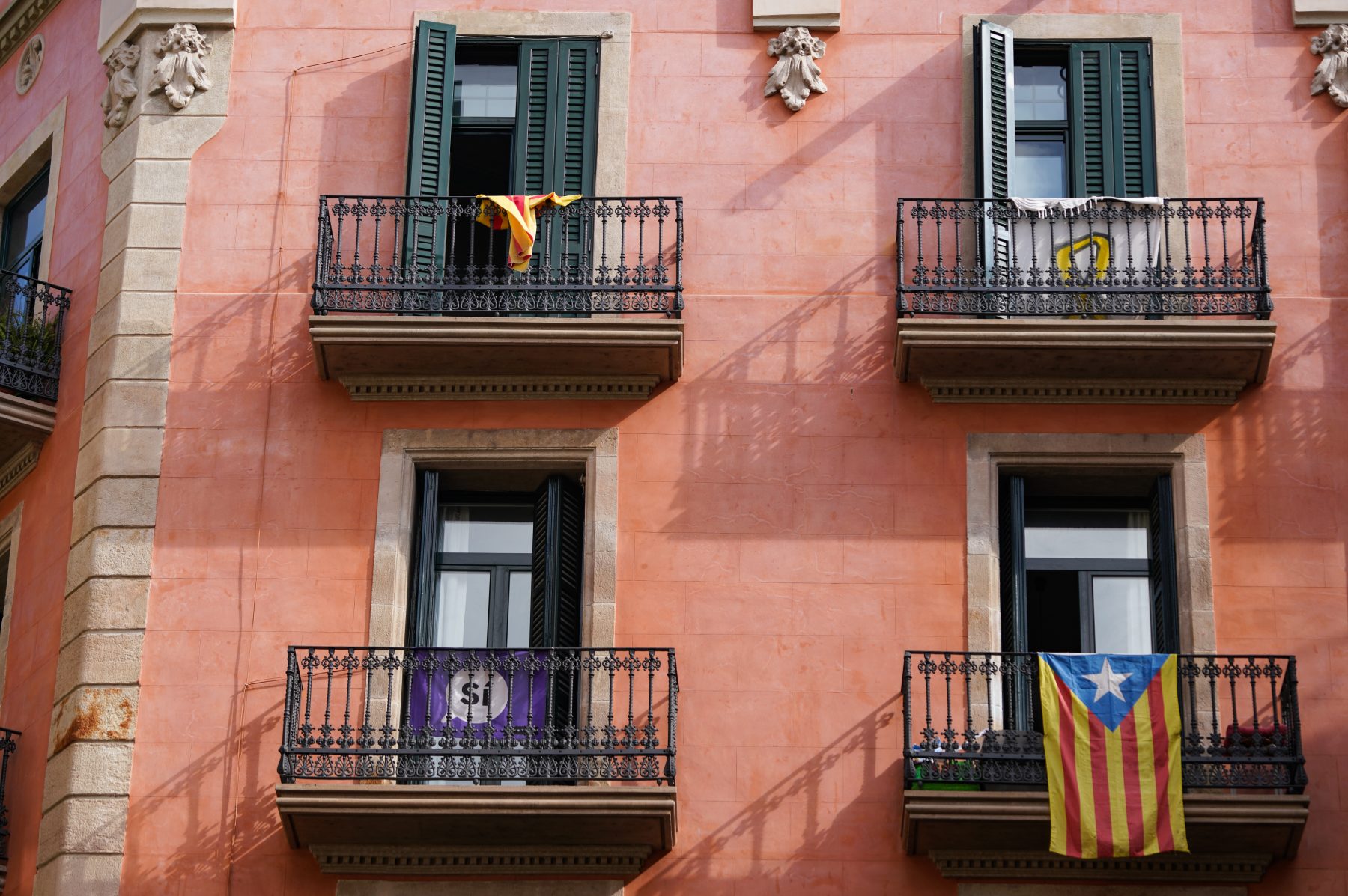 Where to Stay in Barcelona – Best Areas for Tourists

Going to Barcelona as a tourist? Great! In this article, we are looking into the best areas of the city. You will get a great idea of where to stay in Barcelona based on your own preferences. Let’s look into it.

Barcelona is the second largest city in Spain – but by far the most popular destination among foreigners.

It is known for its stunning architecture, nightlife, culinary scene, and of course the many interesting sights and attractions. Everybody can enjoy Barcelona, regardless of gender and age. It’s one of those few cities that really has it all!

Geographically, Barcelona is located on the eastern coast of Spain. It is the main city of the autonomous province of Catalonia. The languages spoken in Barcelona are Spanish and Catalan. English is somewhat spoken, so you should be able to get by, even if you do not speak Spanish or Catalan.

First-time visitors should aim to stay in the centre of Barcelona. That way, it is easiest to get around the city. And as first-time visitors, it is certainly ideal to be as close to the main sights as possible. If you’re staying in the city centre, you will be close to most things, and transport is never an issue. You will always have a metro, a bus line or a taxi very near.

The Gothic Quarter lives up to all expectations. It is basically the old centre of Barcelona. You will never regret staying there. Alternative options are the neighborhoods of El Raval, El Born, Sants and L’Eixample. Gràcia is very nice too, but you will be a bit farther away from the historic attractions.

Let’s look into each of these Barcelona areas in detail. You will find specific hotel recommendations, making it easier to choose the perfect one for you.

This part of the city is very suitable for travelers. The Gothic Quarter (Barri Gotic) contains many of Barcelona’s historic attractions, and it is one of the oldest neighborhoods in the city.

It is an incredibly beautiful neighborhood. There will always be something to do. If you choose to stay in the Gothic Quarter, Les Rambles is a good choice – Les Rambles is the main avenue of the quarter, and it has a lot of hotels and apartments where you can stay. This avenue can be a bit expensive, but in our opinion it is worth it.

However, it is also a very crowded neighborhood, and it is always full of tourists. But if you want to do some sightseeing in Barcelona, and if you want to see some of the cities best stores and most interesting architecture, it is still the best place to be.

El Born is right next to the Gothic Quarter. It is famous for its medieval streets, unique shops and several great places to eat.

It is a small neighborhood, so the accommodation options are a bit more limited, but you will never great staying here. There are many boutique hotels, so perhaps you can stay with one of them. Otherwise, just go here for a walk. It’s an amazing neighborhood with a lot of charm, and it has plenty to offer.

El Born is also a popular nightlife area. There are many nice bars.

If you are the artistic type, then this is certainly going to be your area. No doubt!

The old part of Barcelona, Ciutat Vella, is located in this neighborhood. A lot of people consider El Raval to be the coolest neighborhood. It is quite large, so it has a lot to offer. The architecture is unique, there are many museums, and even if you’re staying for several weeks, you will not run out of attractions.

In the eastern part of this neighborhood, you will find most of the museums and most of the art. In the northwestern part, they have some great restaurants and cafes. It has a nice bar scene and is very bohemian. El Raval offers the perfect combination if you are into historic sights and modern entertainment at the same time. El Raval is immediately south of the Gothic Quarter, so it is easy to walk around between these two neighborhoods.

A huge part of Barcelona is known as L’Eixample. This part of the city was originally an expansion of the old part of Barcelona, and in recent times it has turned into a tourist magnet itself.

L’Eixample is huge and contains many of the attractions that Barcelona is famous for. It has Plaça de Catalunya, La Sagrada Família, and much more.

Arguably, this is the best neighborhood for most people. It is so large that there are unlimited options when it comes to hotels and hostels. Many hotels in L’Eixample are way cheaper than they are in Barri Gotic and El Raval. So it is not a surprise that a lot of travelers prefer to stay in this part of Barcelona.

There are a bunch of metro stations in L’Eixample, making it easy to get around. It has everything from sights and attractions to supermarkets and malls. Highly recommended!

A very practical area to stay, since it is close to the main train station in Barcelona. If you are coming to the city by train, or if you aim to do some day trips to other Catalan cities, it definitely makes sense to stay in Sants.

For football fans, it’s also a nice location. Camp Nou is just a short bit west of Sants, located in the Le Corts neighborhood which is quite large, so you can easily get to the stadium. Watching a Barcelona match live is an awesome experience, and even going for the stadium tour is nice.

Sants & Le Corts are both a bit more residential than the super central neighborhoods we covered earlier, but they still offer many fun attractions.

The Gràcia neighborhood used to be a separate village and not actually a part of Barcelona. But with the city’s rapid expansion over the years, that has changed, and now Gràcia is basically considered to be a neighborhood in Barcelona.

A lot of people think that this area is cool, and we highly agree. It’s a more laid-back area, and it gives a better look at what Catalan life is like.

Gràcia is packed with nice restaurants, so if you’re looking to eat out every day, it is certainly worth considering!

If you’re wondering where to stay in Barcelona, and you already know that you have a thing for beaches, you can also look away from the touristic historic parts of the city and just stay directly by the coast.

La Barceloneta is the most central beach, as it is basically just the coast of the city. Is is very nice, and it has a great view, but you can expect it to be very crowded. The Bogatell beach in the Poblenou-area is also nice, and decently wide.

However, we believe that the best beaches are not actually in Barcelona, but rather in surrounding towns. Catalonia is famous for its beaches. One of the best one is Sitges, a bit south of Barcelona, but easy to get to with public transport or by car. The towns immediately north of Barcelona also have beaches that are worth looking into.

Generally speaking, we do not recommend staying by the beach in Barcelona, unless you are coming specifically for this reason. For most travelers, it is simply best to stay in the central part of the city, enjoy all the attractions, and then take one or two days by the coast – you can easily travel from the centre of Barcelona to one of the beaches as there are several connections.

The Gothic Quarter, El Born and El Raval are our favorite parts of Barcelona. They have a certain charm, and you will never great staying in one of these neighborhoods. L’Eixample is also great for most people and highly recommended. You are going to spend a lot of time in this area anyway since it is huge and contains many of Barcelona’s best attractions.

If you have a certain interest, then other areas can also be considered. Stay by the beach if that is the purpose of your trip – or stay in Le Corts if you are a huge football fan and coming to watch Barcelona play.

However, the transportation in Barcelona is quite good, so no matter where you are staying, you will definitely enjoy your trip.

In other words: Where to stay in Barcelona is a question that is difficult to give a clear answer to. But we hope that our descriptions of the different neighborhoods have given you some inspiration on where to stay. Have a great trip!

Barcelona Attractions – 101 Things to Do in Barcelona 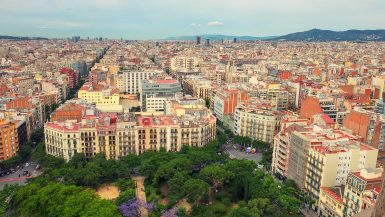 Hostels in Barcelona – Best Places to Stay on a Budget